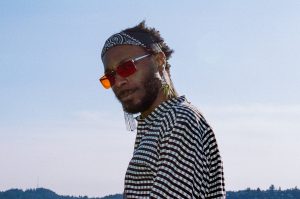 In addition to the LISTEN OUT circuit, JPEGMAFIA has just added new dates to his Australian tour, playing headline shows in Sydney and Melbourne.

JPEGMAFIA is best known for his tracks ‘Baby I’m Bleeding’, ‘1539 N. Calvert’ and ‘How To Build A Relationship’ with Flume, which was awarded Best New Track on Pitchfork. With his latest release, ‘Jesus Forgive Me, I Am A Thot’, JPEGMAFIA is no short of surprises.

Citing Ol’ Dirty Bastard, Ice Cube, and The Backstreet Boys as influences, it’s clear that JPEGMAFIA is known for his uniquely layered and impactful tracks.

Ranked #68 in NME’s Albums of the Year 2018, ‘Veteran’ draws on JPEGMAFIA’s experience in the Air Force and showcases his talent as it is entirely self-mixed and produced.

From his intimate A COLORS SHOW performance of ‘Thug Tears’ to touring with Vince Staples, JPEGMAFIA is a highly advanced performer and a talent not to be missed at both Listen Out and his headline performances.

Over 18s event only.