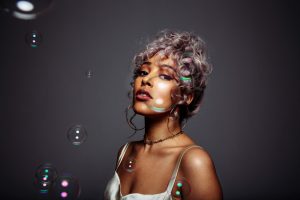 In addition to the LISTEN OUT circuit, DOJA CAT has just added new 2 new ‘Juicy’ dates to her FIRST EVER Australian tour, playing headline shows in Melbourne and Sydney.

Are you in the Moood?

Her viral hit “Mooo!” has over 53 million views on YouTube alone and propelled Doja Cat forward, appearing to be this year’s ‘Cardi B’: a viral sensation who crossed over to become a bonafide star.

Her tracks So High, Go To Town and No Police have accumulated many fans to her already feverishly loyal fan base.

Over 18s event only.