RESALE NOW OPEN FOR ALL SHOWS 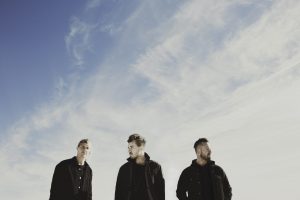 ENTER THE RESALE SITE BELOW:

STAY IN THE LOOP:

Vivid Sydney, Fuzzy, Carriageworks, Rose Avenue and Leisurely are very excited to present RÜFÜS DU SOL live in Sydney, as part of Vivid Sydney, the largest festival of light, music and ideas in the Southern Hemisphere.

These will be the only live performances in Australia on this mid-year visit home for the band.  It follows a sold-out national tour in front of 70,000 fans and much anticipated Coachella and Lollapalooza South America festival appearances.

Vivid Music curator Stephen Ferris said RÜFÜS DU SOL was an exciting addition to the festival line-up and for the iconic Carriageworks.

“There’s no doubt that RÜFÜS DU SOL is one of the world’s most exciting and innovative acts of today. Their bold approach to electronic music and broad, cross-generational appeal will make their shows among the most popular of the 2019 program,” he said.

The ARIA winning Australian three-piece won the world over with two platinum-certified albums, ATLAS and Bloom, and their third album, Solace, cementing them as a one of the world’s preeminent live electronic acts.
Now based in Los Angeles, RÜFÜS DU SOL has a distinctive sound that blends infectious songwriting with delectable deep house grooves.

About VIVID SYDNEY
Vivid Sydney is the largest festival of light, music and ideas in the Southern Hemisphere. Celebrating its eleventh anniversary in 2019, Vivid Sydney is continually setting the benchmark for world-class events, creativity and innovation. It will transform the Harbour
City into a colourful creative canvas from the 24 May to 15 June 2019.

Vivid Sydney is owned, managed and produced by Destination NSW, the NSW Government’s tourism and major events agency, and in 2018 attracted 2.25 million attendees.

About CARRIAGEWORKS
Carriageworks is the largest and most significant contemporary multi-arts centre of its kind in Australia. Engaging artists and audiences with contemporary ideas and issues, Carriageworks presents large-scale immersive programs that are artist-led and emerge from Carriageworks’ commitment to reflecting social and cultural diversity. Carriageworks is a cultural facility of the NSW Government and is supported by Create NSW and the Australian Government through the Australia Council of the Arts. The Artistic Program is ambitious, risk-taking and unrelenting in its support of artists.

Carriageworks and Fuzzy have worked together to ensure this event is accessible to all patrons.

For any lost property, please email [email protected] and fill out the form so we can identify your item.

Smirnoff is back again this year, offering you all their festival favourites. Be sure to grab a delicious Smirnoff at Curve Ball!

Gage Roads is the strip of ocean that separates Rottnest Island and Fremantle in Western Australia. It’s a place where you can relax, escape, explore and find a little adventure. We saw a lot of ourselves in that spot, so we named our brewery after it. Our range of beers and cider are inspired by this special spot on WA’s coast.

Starting life as the most remote brewery in Australia, the balmy climate of Broome has had a big influence on the fun, flavour-filled beers that Matso’s loves to make. 18 years on, nothing has changed. The Matso’s range of beers help you escape the ordinary, delivering a generous dose of Kimberley inspired adventure in every bottle.

Our Matso’s Ginger Beer is designed for all occasions. Enjoy it over ice with a big wedge of lime, or as an uplifting mixer with your favourite spirit.